Sophie, What she wore

On Sunday, The Countess of Wessex visited the Burghley Horse Trials, with daughter Louise. 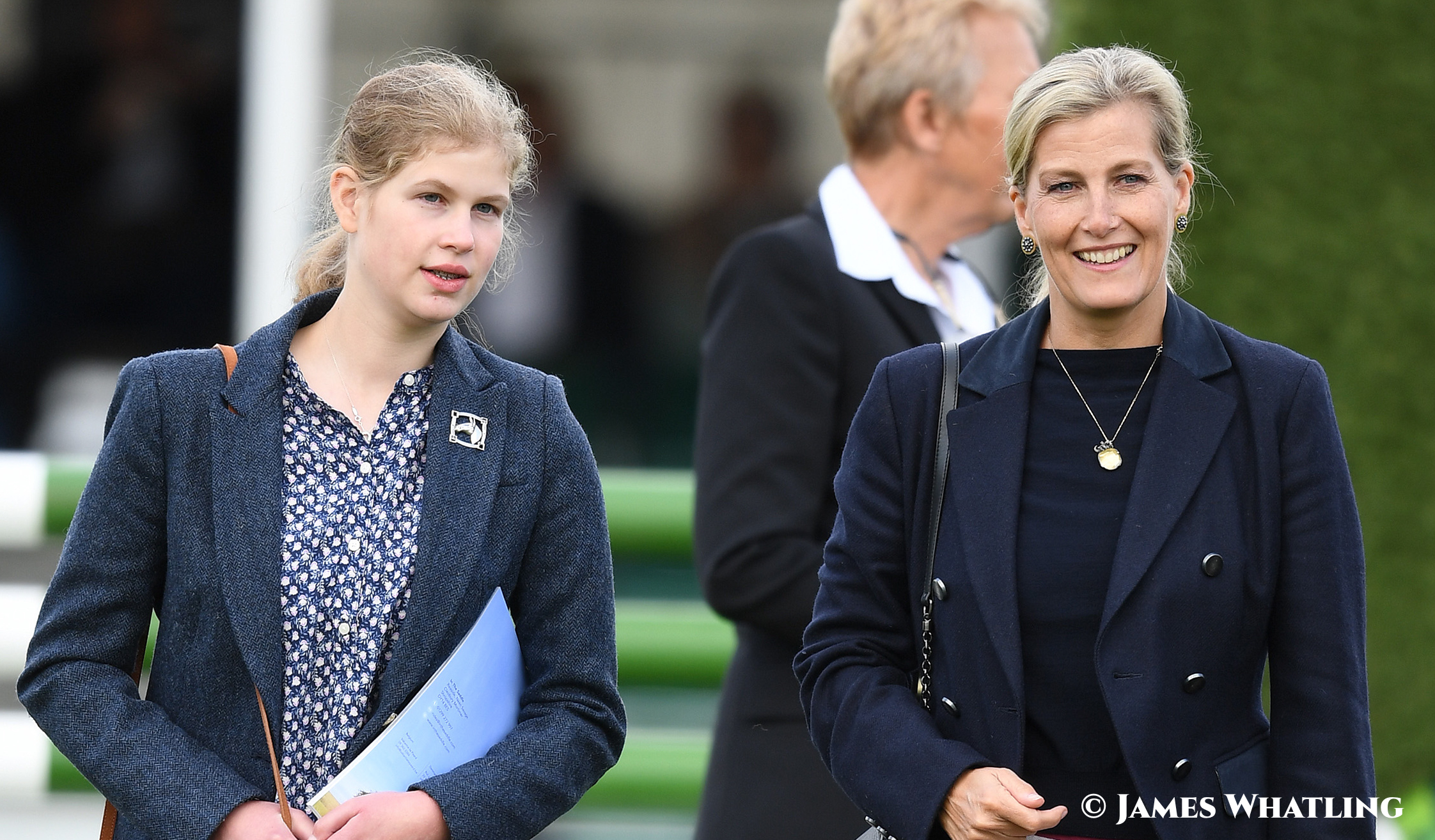 The Countess chose her Gabriela Hearst striped skirt, first seen back in February. Made of cashmere, the skirt features thick bands of raspberry pink interspersed with white, and the occasional baby pink stripe. It also moves from stripes into zigzags from the knee. 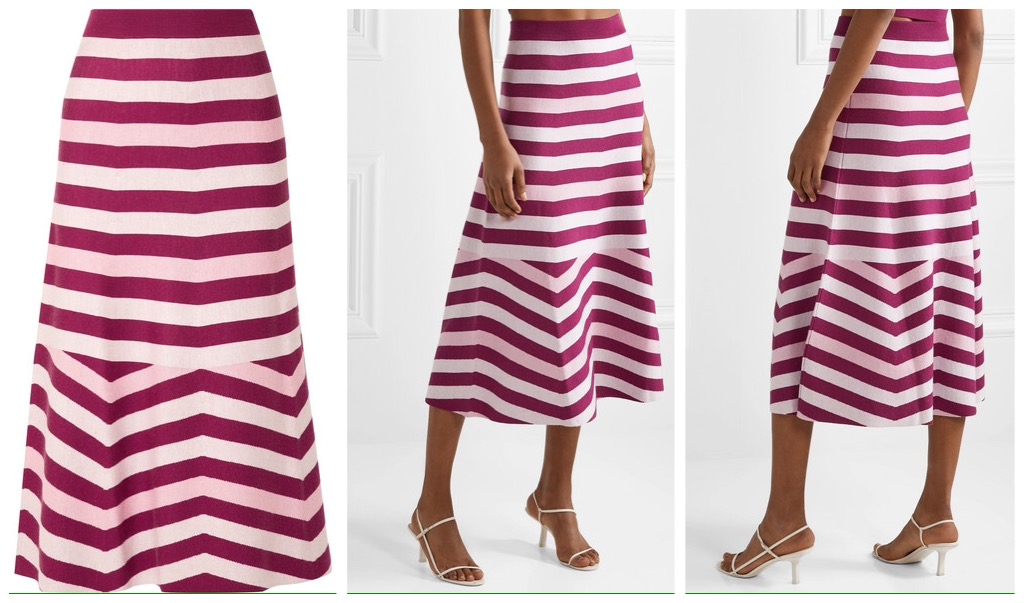 She wore her navy double breasted blazer, with contrast flap pockets and collar. We originally thought this was a Hobbs piece, when we saw it back in March, however, now we can see the collar is in suede, there are four buttons at the cuff, and the buttons are not embossed, but flat. 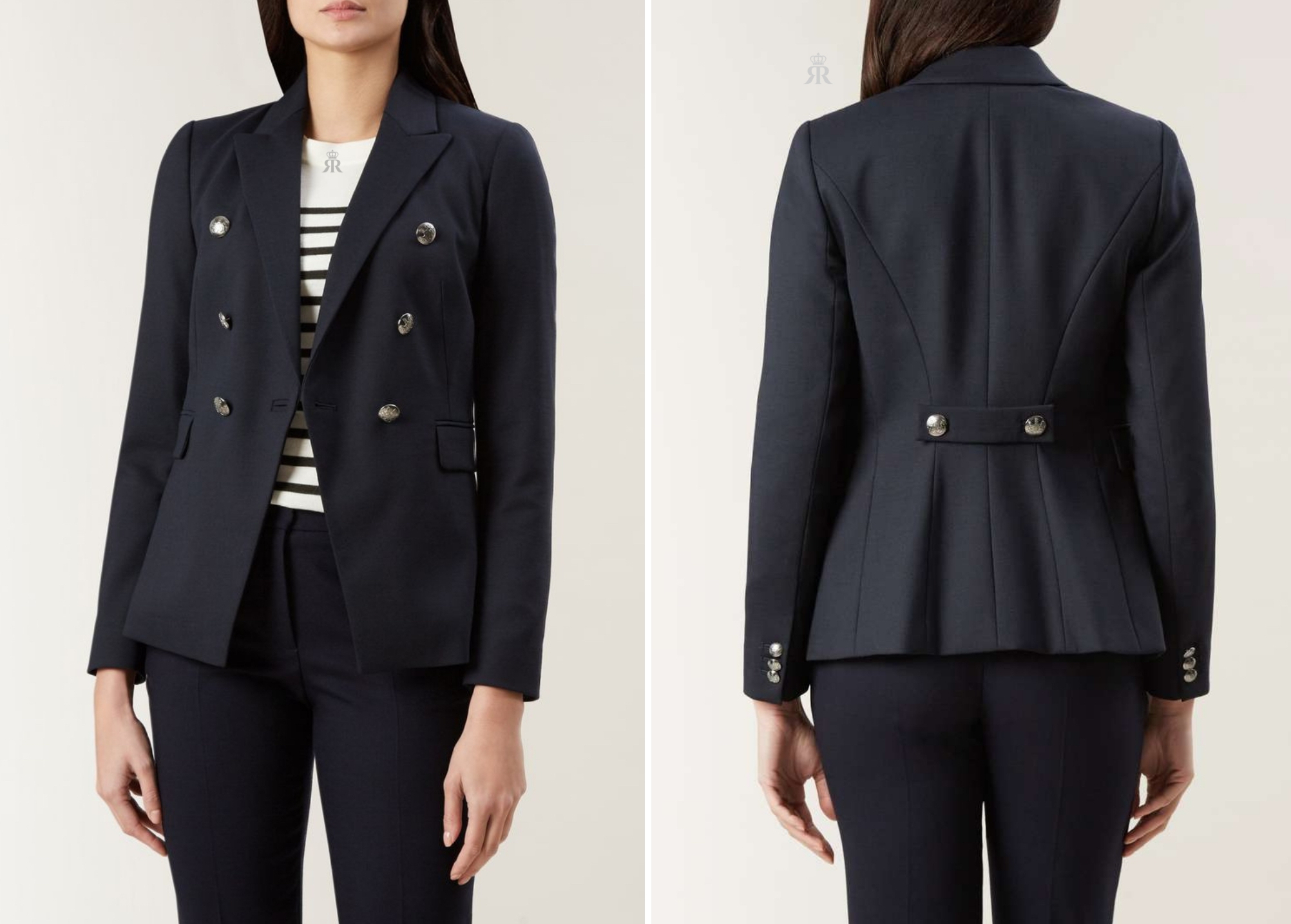 We then discovered it was from Gamebirds! This is their ‘Osprey Jacket’, costing £399. Made from British lambswool and goat suede it has a real equestrian feel to it. It was first worn in 2018; get one here. 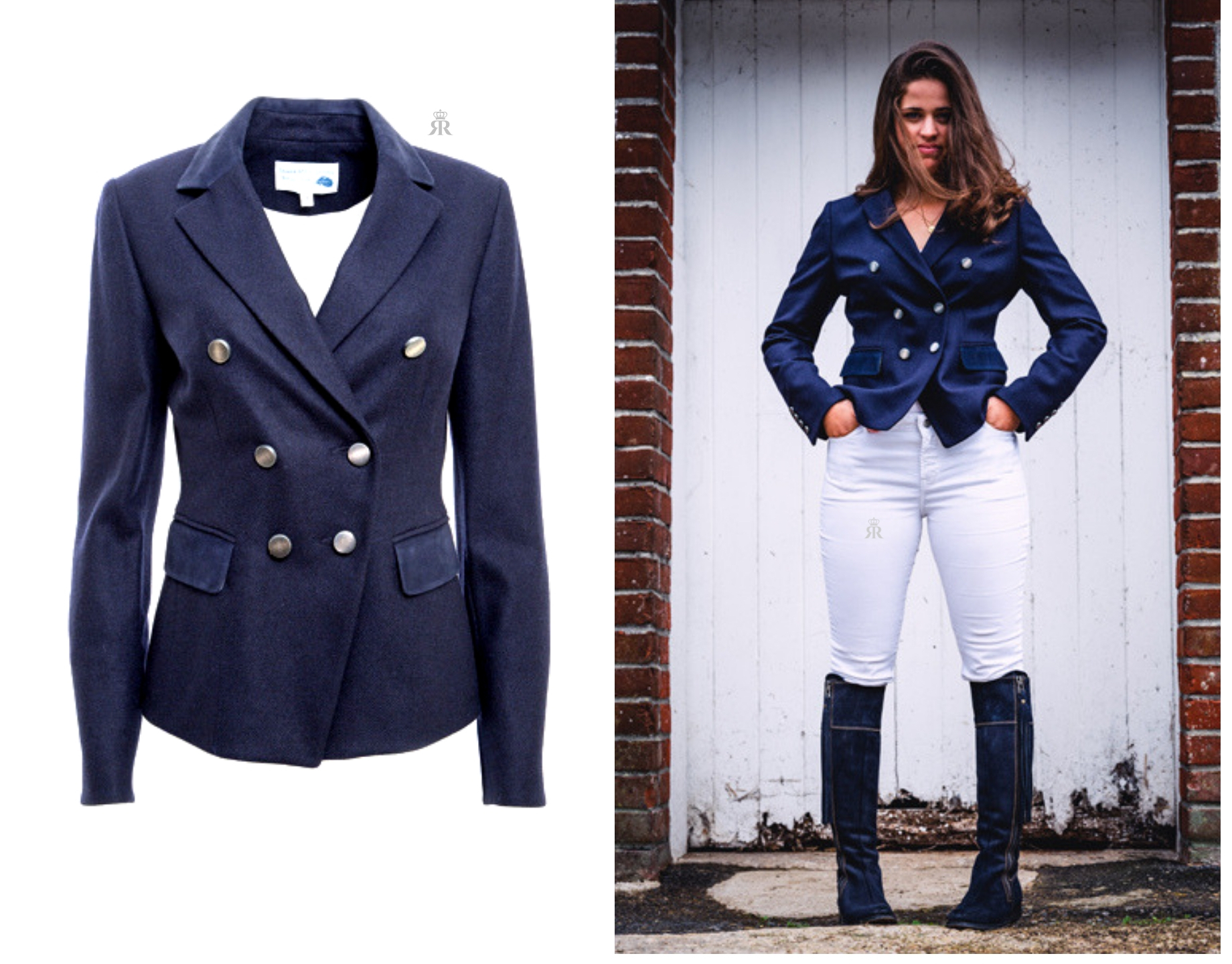 A closer look at the fabric and contrast collar. 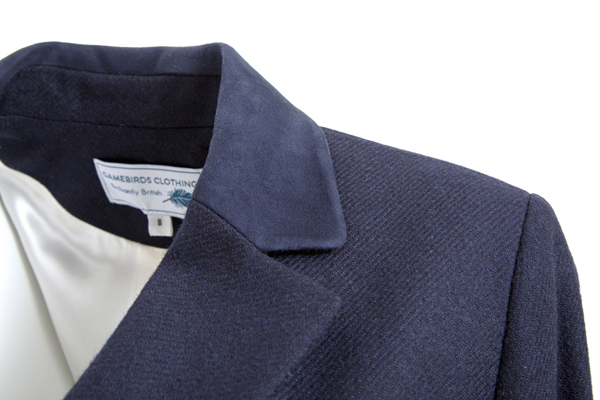 The boots we saw were unusual; navy suede boots with red embroidery, and a western-style block heel. Updates when we have them. 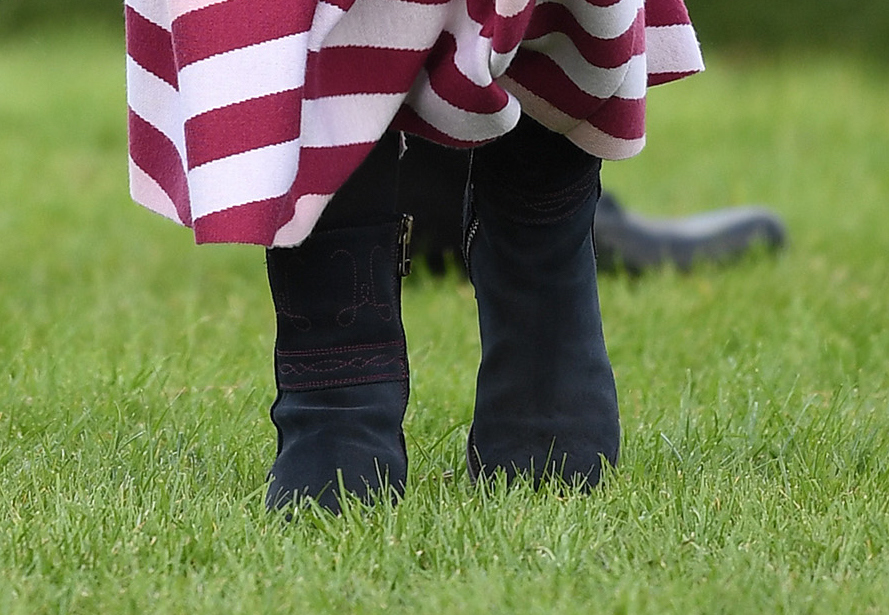 Sophie carried a bag from – you guessed it – Sophie Habsburg. It was the ‘Erzfanny’ bag, which is a flap top bag, in contrasting suede, with a top handle, and a leather-chain combination strap, with two snake head tassels. It costs €530 and can be bought here. 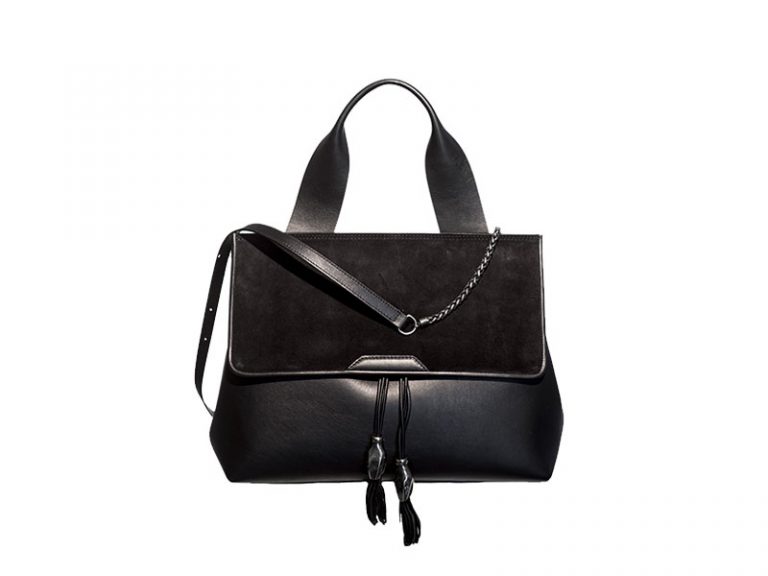 Sophie chose her Lucia Odescalchi ‘Chainging Berlin’ earrings, plus a new necklace. You can see a large yellow stone, plus extra pendants: L, J and E – for her children and husband. 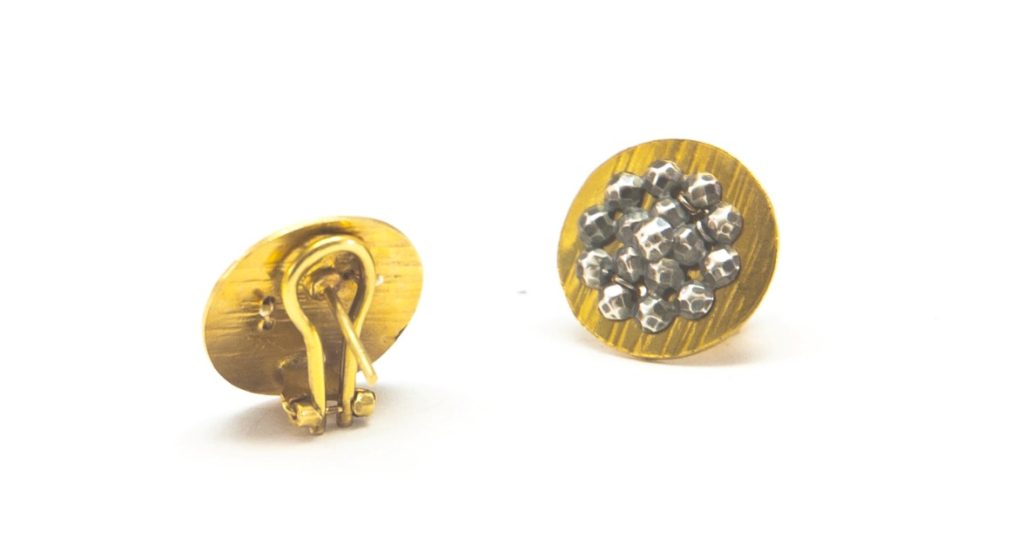 We didn’t much like the navy, pink, black and red in this look; it felt disjointed, especially since the skirt is so spectacular. What did you think?

Steal the Countess’ style with these options:

Countess of Wessex in navy Loewe for All Souls’ Day service