For the 100 Women in Finance gala at the V&A this evening, The Duchess of Cambridge chose a stunning pink chiffon gown from Gucci, wowing royal fashion watchers.

Catherine opted for a flowing gown from Gucci. It features a pleated tulle bodice, with with the fabric extending from the chest to wrap around the shoulders creating sleeves. The tulle is in two tones of pink, a very pale baby pink, and a dusky rose pink. The skirt flows from the waist in the same two-tone fabric, which pools a little around the feet.

The Duchess finished the dress with a velvet burgundy band.

We initially thought this was Jenny Packham, thanks to the similarity to the inky-blue piece we have seen a few times in the past.

This is a stunning gown, however, this was the second questionable label in one day that the Duchess wore. Both Gucci and Dolce and Gabanna (her suit worn earlier – reminder here) have been facing criticism for racist clothing items, which bear resemblance to black face. Whilst we know most outfits for engagements will be planned weeks in advance, this was simply avoidable, by choosing an older gown that we have seen before.

Gucci is not a usual choice for the Duchess; she last wore the label to the V&A in 2017.

Kate wore her Oscar de la Renta ‘Cabrina’ shoes, first seen at a Buckingham Palace reception in February 2017 to celebrate the Indian year of culture. These shoes feature a pointed toe moving into a scalloped body peaking at the heel, created in a silver lame fabric. They are sold out but you can view them here. 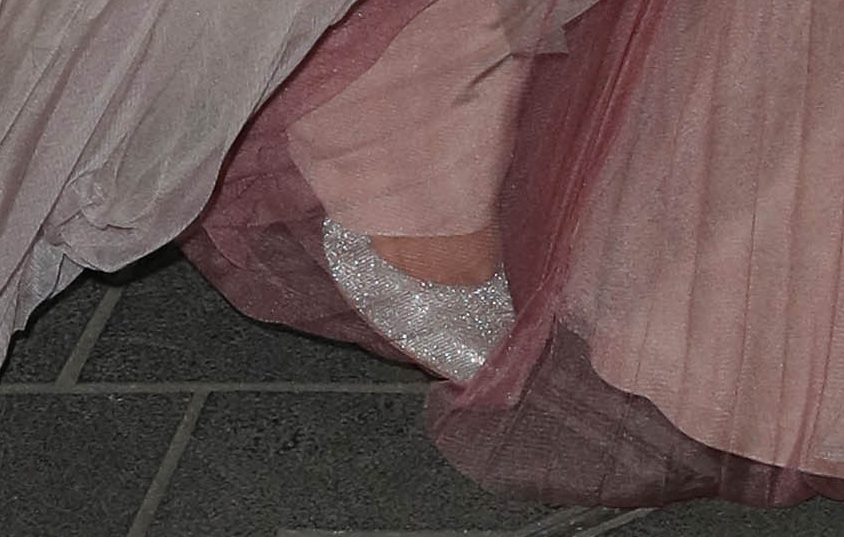 A look at the first time we saw the shoes:

The burgundy clutch was by Prada. The bag is a velvet version of the ‘Raso Minaudière Clutch’. We first saw this piece at Princess Eugenie’s wedding in October. Rounded at the corner, the hard case clutch features a small gold button clasp. The label is also in the middle of furore of racist design claims. 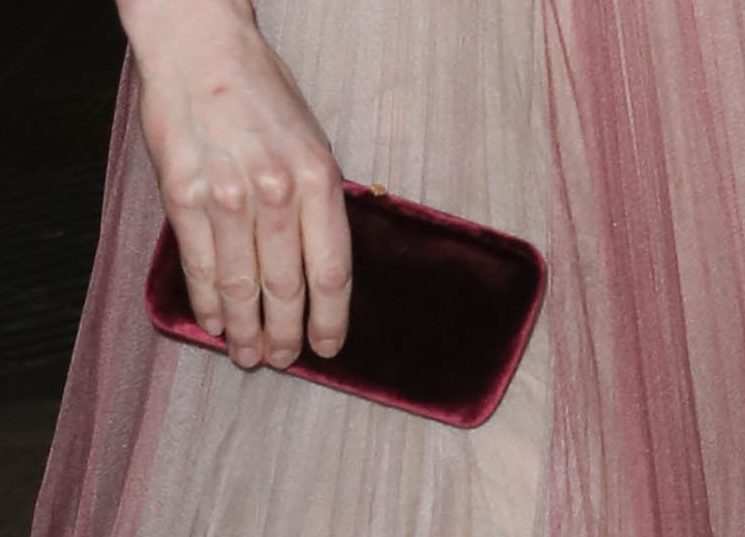 Kate’s earrings were the Kiki McDonough morganite drop earrings seen at Pippa’s wedding. The stud is a square stone set at an angle, encased by small diamonds, moving to a single larger diamond, then into an large oval stone, also surrounded by diamonds. 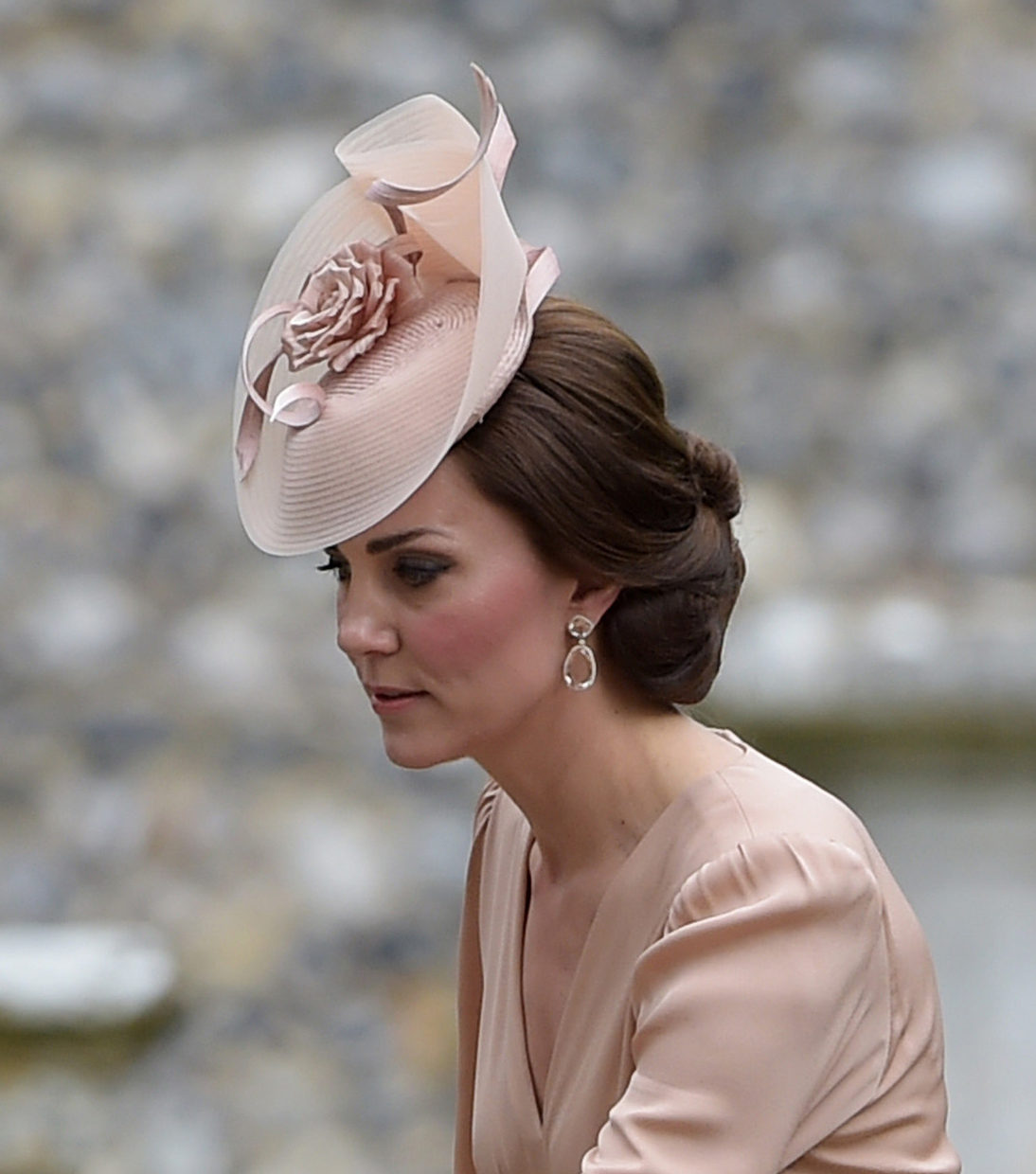 You can steal Kate’s style here: