For her first official trip with Prince Harry to Edinburgh, Meghan Markle stepped out in a beautiful Burberry Black Watch tartan coat, striking another fashion hit.

Meghan wore a Burberry double-breasted tartan wool and cashmere-blend coat retailing for £1,995. This long line double breasted coat, features a deep v-neckline and notched lapels. It is made from a mixture of navy and dark green wool and cashmere in a Black Watch tartan pattern. The coat has button fastenings, flap pockets, buttons on the cuffs and a large vent at the rear.


This piece is also part of the Spring Summer ’18 Shopable Runway Collection.

Black Watch originated when King George I in 1725 ordered a “Watch” to be organised that comprised of Six Military Regiments to disarm the Highlanders. He wanted their tartans to appear very similar in colour and pattern. The “Black Watch” was one of these regiments.

Black Watch is the tartan of the 3rd Battalion of the Royal Regiment of Scotland, therefore it’s origins are a military tartan not a clan tartan. It is also known as the Government Sett. It is said to be a darker tartan as it may have served as a kind of camouflage for the military.

There is some debate whether this tartan originally belonged to the Campbell clan and was adopted by the watch or the other way around. Wearing this tartan to her visit to Scotland was an apt choice for Meghan.

Meghan also wore the Veronica Beard ‘Adley’ trousers in black. The trousers feature a wide leg and four pearl buttons on each pocket and two pearl buttons at the waist, with zip closure and hidden waist button; they skimmed the floor in Meghan’s outfit. The trousers retail for about £285 and are available here.

These trousers are very similar to the Veronica Beard Sailor trousers that Meghan has previously worn. These ‘Adley’ trousers are also available in navy.

The bride-to-be chose a repeat of her black Wolford Portland Turtle Neck jumper she was first seen in December of 2017 for her visit to Nottingham. This was available from Saks Fifth Avenue.

It was another piece by Strathberry for Meghan today; it is an Edinburgh based luxury company founded in 2013. The East/West Mini Cross-body Bag in Bottle Green retails for £425. It has sold out online since Meghan has been spotted it with it, though the website has stated the bag will be restocked shortly.

The bag is made from calf leather and features a flap with signature Strathberry gold hardware bar closure. The bag has two compartments, an internal pocket and gold hardware chain. Meghan wore the bag in the cross-body style with the chain draped over her Burberry Coat. 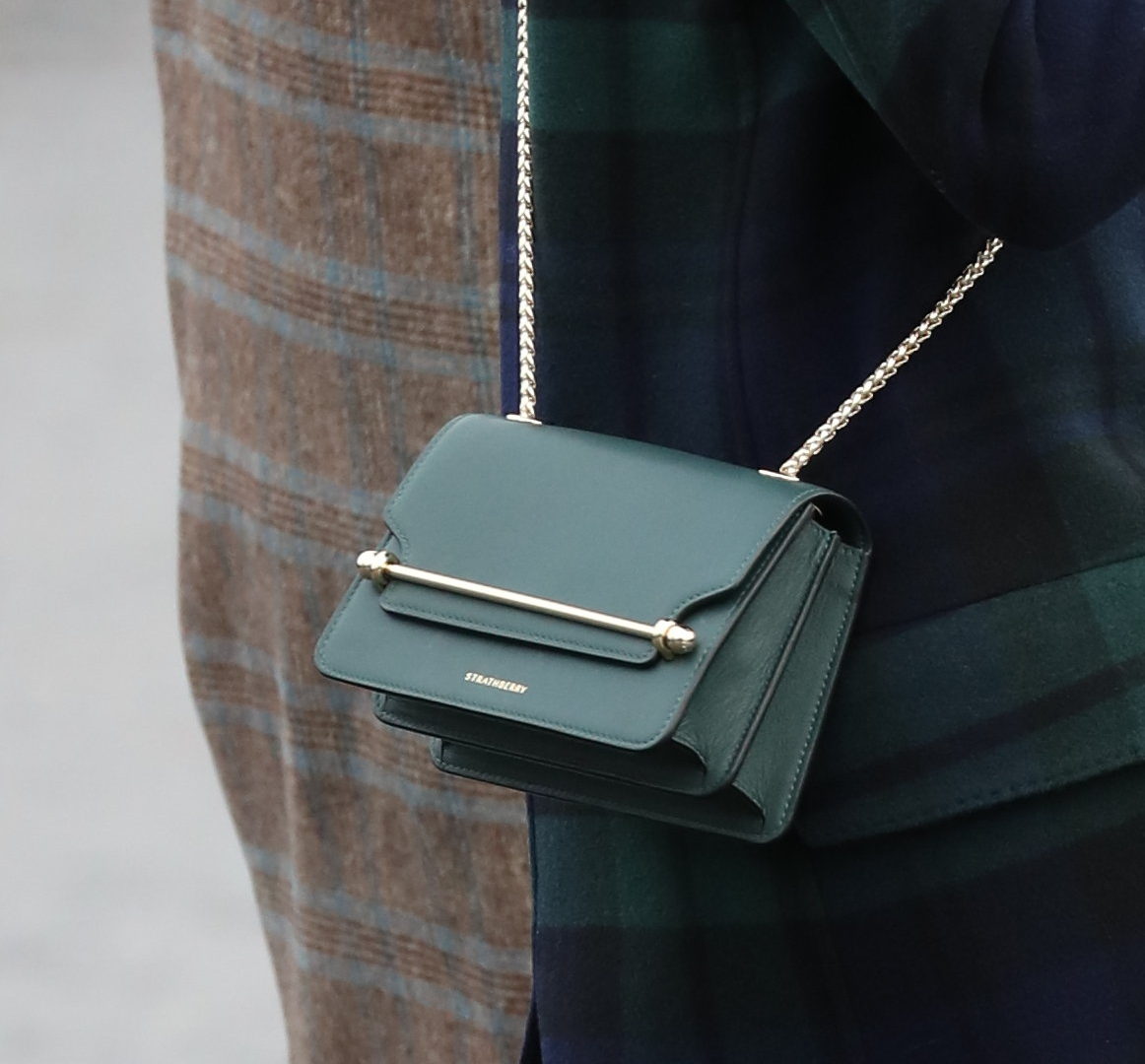 Meghan has added a new Birks stackable ring to her collection today. She is wearing a ring from the Birks ‘Snowflake Collection’ retailing for £2,250, on top of her Birks Iconic Stackable yellow gold and diamond ‘splash’ ring that we have seen before here.

It doesn’t look as if she was wearing earrings. 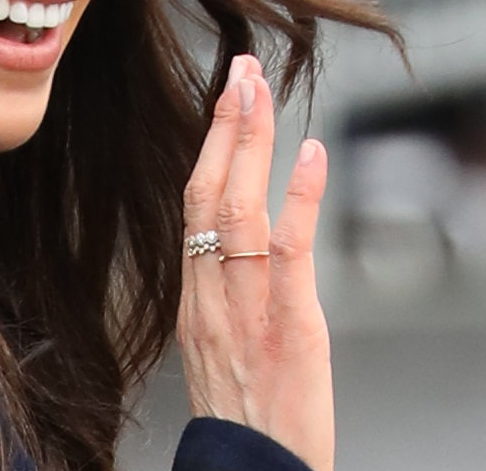 On her feet, it was a pair of almond-toe black leather booties with a stiletto heel. The designer is currently unknown, but we’ll update if we find out what they are! 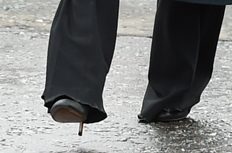